In the year Universal Century 0096, three years after Char Aznable's failed attempt to force human migration into space, life continues in the colonies orbiting Earth. One such colony, at Side 4, is home to Banagher Links, a 16-year-old who lives a quiet life among his classmates.

Audrey Burne, the last descendant of a great tyrannical family, takes it upon herself to steal the key to a mysterious device known as "Laplace's Box." It is said that the Box has the power to shape the course of the universe, and Audrey travels to Side 4 in an attempt to take it from its current holder and keep it from the Sleeves, the surviving remnant of Char Aznable's Neo-Zeon. In her search, she stumbles across Banagher and changes his life forever.

When Side 4 comes under the attack of the Sleeves and its prolific fighters Marida Cruz and Full Frontal, Banagher takes control of the newly built Gundam Unicorn to defend his friends and protect the fate of humankind. 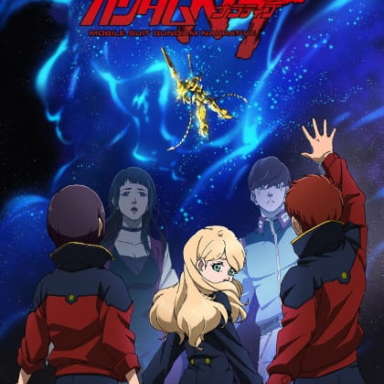