Previously an assistant of Miare City's Professor Platane, Alain and his Lizardon set off on a journey to become even stronger, by mastering the powers of mega evolution. Investigating the mysteries of this phenomenon, at the behest of the enigmatic Fleur-de-lis, Alain and Lizardon travel across Kalos and Hoenn in search of capable trainers who can use mega evolution in order to improve, as well as help Fleur-de-lis with his research. Along the way, they meet a young girl named Manon who, with her Harimaron, decide to accompany Alain, to which he reluctantly agrees.

Pokemon XY: Mega Evolution follows Alain and Lizardon in their journey to become the strongest users of mega evolution, while also fighting against legendary monsters to protect the ambitions of Fleur-de-lis as well as the safety of those most important to him. 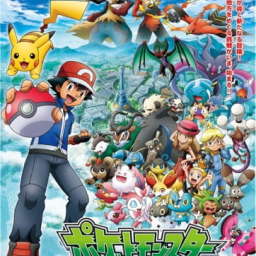